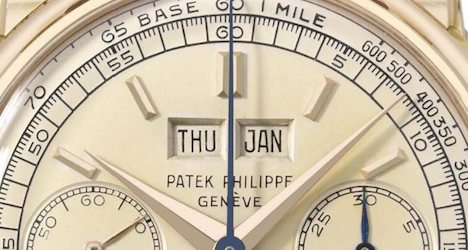 The star earner of the collection was a pink gold Patek Philippe watch that fetched $2.1 million, Christie's said in a statement.

Another gold watch by the Swiss watchmaker, dating from 1947, sold for $1.57 million.

The watches went under the hammer in three sessions over Sunday and Monday and were all sold to anonymous buyers.

The auction house sold 50 Rolex Daytona "Lesson One" watches in the first session for a total of $13.24 million, including one for just over $1 million, Christie's said.

In a jewellery auction on Tuesday, Christie's will put up for sale the world's largest known orange diamond, valued at $17-20 million.