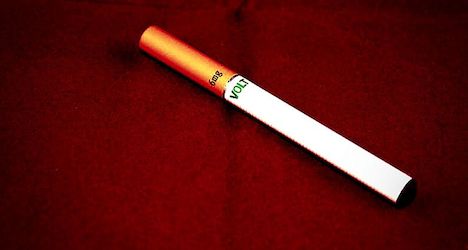 From December 15th, the use of the battery-powered devices that simulate smoking by heating and vaporizing a liquid solution containing nicotine will incur a 25-franc ($27) fine, a spokesman for Public Transportation Union told the news agency ATS.

The regulation against smoking tobacco on public transport was extended to electronic cigarettes due to the difficulty of inspectors to distinguish between cigarettes and e-cigarettes.

Swiss regulations do not allow the sale of electronic cigarettes, but their use in the country is tolerated and the federal public health agency has noted an increase in their use.

There are currently no regulations in Switzerland governing their use in restaurants.

Some 250 scientists, experts, policymakers and industry figures gathered in Britain on Tuesday to discuss the health and public health issues surrounding e-cigarettes, which many argue are much less harmful than smoking tobacco.