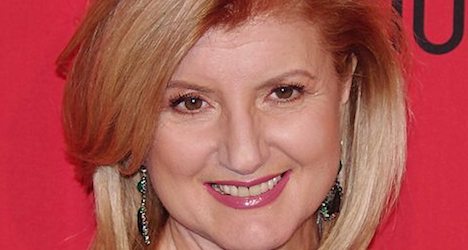 Huffington, guest speaker at the annual Latsis prize ceremony at the University of Geneva on Tuesday, told The Local she wanted to open a Geneva outlet, though no launch date has been set.

The Greece-born 63-year-old, who settled in the US in the 1980s, co-founded The Huffington Post in New York in 2005 as a news outlet and blogging platform featuring contributions from unpaid bloggers, as well as paid staff.

It has rapidly grown into one of the world's media giants, employing over 700 staff and counting 300 million comments on its posts.

In 2011 it was bought by US behemoth AOL for $315 million, though Huffington was retained as president and editor-in-chief as part of the deal.

Its first international version, Huffington Post Canada, launched in 2011, and has since been followed by versions in the UK, France, Spain, Italy, Germany, Japan and North Africa.

Editions in Brazil, South Korea, India and Greece are set to launch next year.

Content sharing through social media has been crucial to the growth of the Huffington Post, and Huffington herself is one of the world's most prominent and active figures on social media, with 1.3 million Facebook 'likes' and 1.4 million Twitter followers.

However, Huffington urged the audience at the University of Geneva to make time to switch off from social media and put technology "in its proper place."

The surprising message came as part of a speech entitled “The brave new world of new media: How social media has revolutionized the communications landscape”.

"It's critical that we learn to disconnect with technology in order to reconnect with ourselves," said Huffington, citing rising stress levels in adults and ADHD (attention deficit hyperactivity disorder) in children due to the constant presence of technology.

Somewhat ironically, the most shared content from The Huffington Post is that which addresses issues of health and well-being due to technology overload, she said.

"This is the paradox — sometimes we are using technology to learn to disconnect with technology."

She added: "There is a longing among readers to address these issues and share them with each other. They are trying to find ways to lead the lives they want and not the lives they settle for."

Huffington has addressed with this within her own company by creating 'nap rooms' at the website's New York offices and by providing regular yoga and meditation classes to "make sure that our employees operate at their best."

"You don't pay people for their stamina, you pay them for their judgment."

Huffington, who emigrated from Greece at the age of 16 to the UK, where she attended Cambridge University, warned that social media and modern technology should be a “servant” making life and connections easier rather than a “snake in the garden of Eden”.

Social media has had “amazing impacts . . . from the Arab Spring to the ability to contact friends and family in the easiest possible way,” she said.

“But if we don't deal with the unintended consequences then the snake can really take over and the results can be incredibly detrimental."