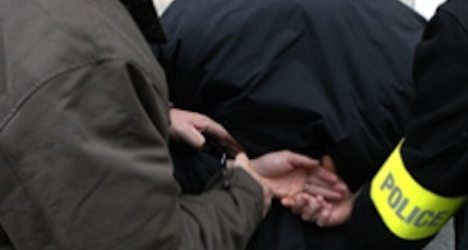 A contingent of 70 officers, including police in riot gear, responded to the brouhaha that broke out early Sunday morning outside the D!Club in the Vaud capital, 20 Minutes reported.

“No one was injured but police had to make several arrests,” Jean-Philipee Pittet, Lausanne police spokesman is quoted as saying.

Thierry Wegmüller, manager of D!Club, deplored the events, blaming what happened on the presence of “excited” individuals coming from neighbouring France and Geneva.

Wegmüller told 20 Minutes that he decided to cancel the next “Downtown Boogie” party planned at the nightclub in December.

And on Tuesday he told the 24 Heures newspaper that “hip-hop nights” would be from now on banned at the club.

“We sensed an unbelievable aggressiveness outside (the club),” Wegmüller said, adding that he didn’t want to see a repeat of such events.

“It was a form of hooliganism, people who came to fight.”

The brawl occurred while 800 people jammed the club inside, where there were no reported problems.

Antoine Escoffey, a DJ who calls himself Green Giant and who works at D!Club, lamented that hip hop music was becoming hard to find in Lausanne and other clubs in the region.

He told 24 Heures that he was unaware of what was going on outside the club early Sunday morning and that inside the club people were enjoying themselves.

The decision of D!Club to ban hip hop follows the closure a few months ago of the Loft Club, a Lausanne venue known for playing such music.

The club closed after another street brawl broke out in March involving an estimated 150 people that left three people injured.