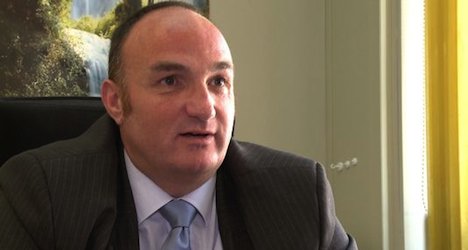 Jean-Charles Legrix’s four colleagues on the council took the unusual step of removing him in August as president of the council and head of the city’s infrastructure and energy department following complaints that he harassed and “mobbed” employees.

In a decision announced on Tuesday, the cantonal court ruled that the council members had no grounds to remove the powers of an elected politician.

An investigation earlier this year found that Legrix, a member of the right-wing Swiss People’s Party, was harassing in the workplace employees of the department he was overseeing.

Several employees of the watch-making city in the canton of Neuchâtel levelled allegations earlier this year, prompting the investigation, which was launched in May.

Around 20 employees were interviewed with a focus largely centred on the public works department, which came under Legrix’s control, according to earlier media reports.

The results of the investigation were “very severe” and the accusations were sufficiently serious that the other members of the executive council decided to take the action to protect employees working in the areas in his departments, RTS reported in August.

The city executive council is examining different solutions, including a possible appeal to the supreme court, Le Matin reported online on Wednesday.