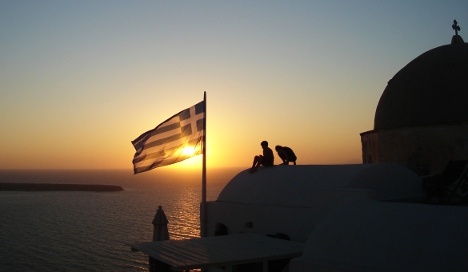 "The decision was to acquit," Costas Vaxevanis, the publisher of investigative magazine Hot Doc, told reporters on Wednesday.

"This is a vindication for us," he added.

Vaxevanis was charged last year for publishing an alleged copy of the "Lagarde list", a confidential document on possible tax dodgers, triggering charges of press censorship by Greek authorities.

The document contains the names of more than 2,000 wealthy Greek HSBC bank account holders in Geneva and was used to pursue tax evaders.

It was originally leaked by an HSBC employee and passed to Greece in 2010 by France's then finance minister Christine Lagarde, who now heads the International Monetary Fund.

The list enabled authorities in France, Spain and Britain to recuperate millions of euros in lost tax revenue, but Greek authorities treated it as stolen data and failed to pursue the case.

Vaxevanis' first trial became a major embarrassment for the government, which was accused of trying to bury the information and censor the journalist.

The 46-year-old was acquitted in November 2012 but a retrial was ordered after the prosecutor said there were "legal faults" in the original verdict.

Greece's former finance minister is being investigated over the handling of the "Lagarde list".

In June, Greek lawmakers decided that ex-minister George Papaconstantinou —  who originally received the list from Lagarde — should be investigated for damaging the image of the public treasury during his stint as finance minister.

He is also accused of tampering with the "Lagarde list", by deleting the names of three of his relatives from the list.

The ex-minister, who has retired from politics, helped set up the indebted country's first austerity programme and European Union-IMF bailout plan in 2010, and says that he is being used as a scapegoat.