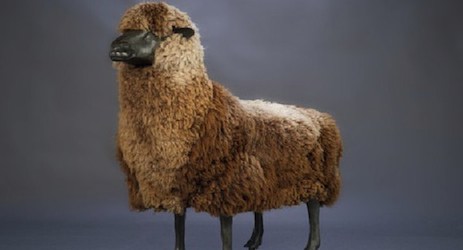 The animal sculptures were sold in three lots and acquired by three different buyers, Galartis said.

The sculptures, placed on castors, were produced from brushed aluminum, galvanized copper, wood and wool.

Created between 1976 and 1977, the works had previously graced the interiors of fashion legends such as Coco Chanel and Yves St. Laurent, as well as Spanish artist Salvador Dali, according to the catalogue for the auction.

The sculptures appear to have been inspired by a little-known painting by Dali from 1942 that shows a group of sheep metamorphosing into armchairs, sofas and tables.