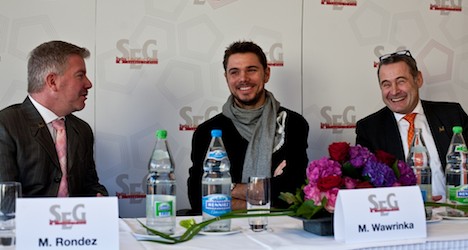 The partnership was unveiled at a press conference in Montreux in the canton of Vaud, where the group operates one of its schools, Hotel Institute Montreux.

Wawrinka, a Lausanne native who is currently ranked eighth best men’s tennis player in the world, is an ideal ambassador for the group, SEG said.

“As someone who is ambitious and always strives for excellence, the tennis champion is the perfect embodiment of the values of the Swiss Education Group’s schools,” the group said in a statement.

“You have to work hard to reach your goal,” Wawrinka, 28, is quoted as saying.

“It’s taken me a long time to become what I am — that’s what I want to pass on to young people.”

Wawrinka added that he loved cooking, which is taught at the two campuses of the education group’s Culinary Arts Academy Switzerland in Lucerne and Le Bouveret in the canton of Valais.

“It’s a creative profession — difficult but fantastic,” he said.

SEG said Wawrinka could have easily had a career in haute cuisine if he had not been a tennis champion.

The group added that it sees sport as an essential part of a “rounded, well-balanced training programme, helping to improve cognitive performance and bolster self-confidence”.

With a total enrolment of more than 5,00 students on seven campuses where all courses are offered in English, SEG bills itself as Switzerland’s leading hospitality educator.

Founded in 1994 by Dr. Andreas Künzli, the group’s origins began with the launch of a language training school, Swiss Language Club, before Künzli diversified into the hospitality industry.

In 2008, the group was acquired by Invision AG, a Swiss investment fund. 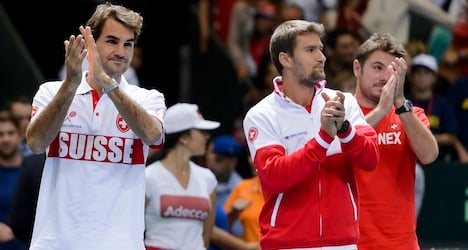 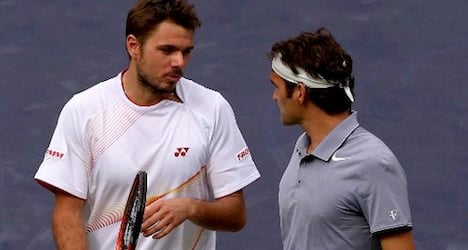 But Federer, 34, who led Switzerland to a first Davis Cup title in 2014, then hinted that he was rethinking his future in the tournament after a 16-year career.

“My idea was never to win it twice, the idea was always to win it once,” Federer told www.daviscup.com.

“I see this tie in isolation,” the Basel native said.

“Next year is an Olympic year,” he said.

“The summer will be very long and packed with highlights. It's all a question of priorities,” Federer said.

“I can't play everything and of course if I do play Davis Cup other things have to drop out.”

Switzerland was knocked out of this year's world group by Belgium when Federer and fellow star Stan Wawrinka were unavailable to play.

With the pair back in the line-up, they opened up a 2-0 lead over the Netherlands in Geneva on Friday before the Swiss dropped a double's match on Saturday.

“He moves so fast on the court — he's like a ghost,” said Huta Galung of Federer.

De Bakker was left to regret a dramatic slump against Wawrinka having led 3-0 in the fourth set.

Britain made their first final since 1978 with victory over Australia in Glasgow thanks to world number three Andy Murray's 7-5, 6-3, 6-2 win over Bernard Tomic in the first reverse singles.

With two-time Grand Slam winner Murray in their ranks they will start as favourites to win a first Davis Cup since 1936 when they go to Belgium for the November 27-29 final.

When Belgium last made the final in 1904 their opponents were also Britain who swept to a 5-0 triumph.

Nine-time winners Britain last won the Davis Cup in 1936 when Fred Perry and Bunny Austin sealed a 3-2 victory over Australia at Wimbledon.

“Winning for your country and your team-mates means a lot,” Murray told the BBC.

“The crowd were unbelievable from the first ball to the last,” he said.

“I didn't feel great the whole weekend to be honest, I've been struggling with my back, but I just tried to disguise it.”

It is a remarkable turnaround for a British team that have risen from being on the verge of relegation to Europe/Africa Group III in 2010 to being finalists in 2015.

In Brussels, world number 15 David Goffin kept Belgium afloat against Argentina with a routine 6-3, 6-2, 6-1 win over Diego Schwartzman to level their semi-final at 2-2.

Darcis, 31, then sealed victory for a Belgian side which had knocked out defending champions Switzerland in the first round.

“It's one of the biggest moments of my career. The atmosphere was unbelievable. Inside it was so hard to stay calm,” said Darcis who famously dumped Rafael Nadal out of Wimbledon in 2013. 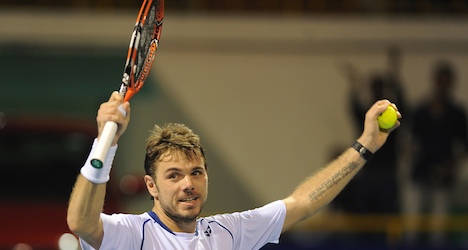