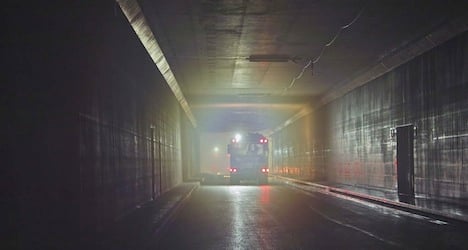 The tunnel at Schöntal is set to be officially inaugurated in a few days but the 50-year-old Swiss motorist was pulled over at 1am after officers noticed he was driving on the closed-off section of highway H2.

Cantonal police said the man, a local resident, had a blood alcohol level of 1.24, more than double the legal limit for driving in Switzerland.

He was unable to explain how he ended up in the tunnel.

Police said they seized his driver’s licence on the spot.

He faces a fine and a licence suspension for several months.

The tunnel is set to open later this week, police said.