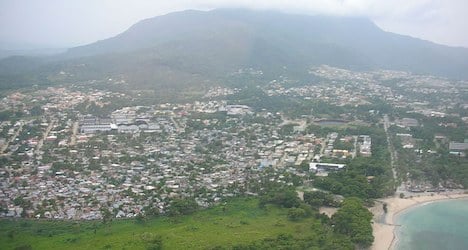 The body of the 49-year-old woman from the canton of Jura was found on Saturday tied up with a bullet in her head in her home in San Marcos, a neighbourhood in the city of of Puerto Plata.

Her death occurred following a break-in at her home, the Quotidien Jurassien newspaper reported on Monday.

The newspaper reported that the victim had lived in the Dominican Republic since 2005.

The two men arrested were among a group of three reportedly suspected in the case.

A Swiss representative is in contact with people close to the victim and local authorities, the federal department of foreign affairs (EDA) told the ATS news agency.

For privacy reasons the department declined to divulge further information.

The Dominican Republic is a popular holiday destination for Europeans and North Americans seeking a warm climate year-round.

But the US Department of State rates the crime threat in the Caribbean country as “high”, noting dozens of homicides in 2012, as well as an increase in robberies, assaults and rapes.

The Swiss EDA also warns that while the Dominican Republic is “stable”, the level of criminality is rising and the possession and use of firearms is widespread.

In advice to visitors on its website, the department says “many cases of violent offences with fatal consequences against foreigners in their own homes have taken place”.

It also mentions rising numbers of break-ins of owner occupied and holiday homes.