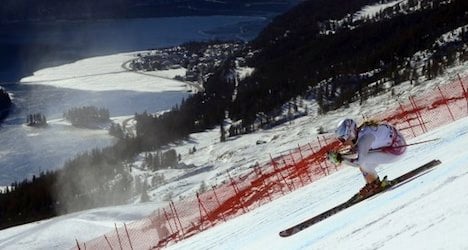 With a time of one minute 17.38 seconds, the 24-year-old finished ahead of Kajsa Kling of Sweden by a margin of 0.31 seconds, with Austria's Anna Fenninger taking third spot, 0.39 seconds off the pace.

It was Weirather's second World Cup win in what has been an excellent start to the season.

In eight races, she has finished on the podium on five occasions.

This victory sees her move to within 37 points of Switzerland's Lara Gut in the overall World Cup standings.

Gut won the first two super-G races but only came in seventh on Saturday on a course where she recorded her very first World Cup win four years ago.

Kling followed up an impressive showing at Lake Louise in the Canadian Rockies last week with a run to second, while Fenninger's third place means she has finished on the podium in every Super-G race this season.