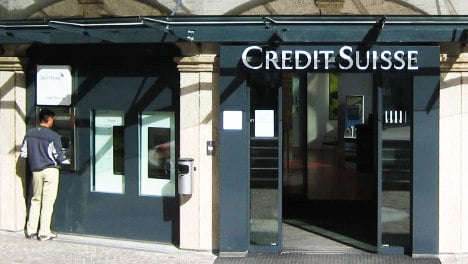 The state’s acting attorney general on Wednesday sued a unit of Switzerland’s second largest bank, saying that it sold securities backed by home loans to investors that it was unwilling to put on its own books because of the high risks.

The bank failed to disclose the risks and the fact that the originators of the loans had track records of defaults and delinquencies and that some had been suspended from doing business with the bank, the lawsuit said.

“Credit Suisse did not disclose to investors there had been a wholesale abandonment of underwriting guidelines designed to ensure that the mortgage loans underlying its securities trusts were made in accordance with appropriate lending guidelines."

The suit, filed by acting attorney general John J. Hoffman, said that the bank had “pocketed tens of millions of dollars in reimbursements from loan originators arising out of defective loans, without passing those funds along to the trusts that actually owned the loans.”

Investors in the securities included charities and educational institutions, as well as public and private pension funds, the state said.

But Drew Benson, a Credit Suisse spokesman in the US, said the suit is without merit.

“It recycles baseless claims and uses inaccurate and exaggerated figures,” Benson is quoted by Reuters as saying.

“We look forward to presenting our defence in court.”

The state of New Jersey’s action is part of a broader effort by US authorities to investigate fraud and abuse in the residential mortgage-backed securities market that helped create the 2008 global financial crisis.

Credit Suisse is already battling a similar suit filed by the state of New York.

“Since the crash of the (US) housing market, there has been far too little accountability for the misconduct and fraud that caused so much suffering across our nation," New York state Attorney General Eric T. Schneiderman said in a statement applauding the New Jersey suit.

Credit Suisse’s “misrepresentations in connection with its mortgage backed securities inflated the housing bubble and contributed to the downfall of the American economy — the same conduct for which JP Morgan was held accountable last month.”

The American bank settled a suit with the state of New York in November for $13 billion.