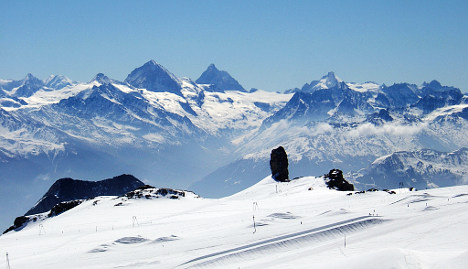 “The cause of the critical avalanche situation is the snow from Christmas, which rests on very weak old snow,” said the Institute for Snow and Avalanche Research SLF on its website.

SLF said there was no improvement in sight. It said the weight of a single skier could make the snow cover collapse “like a house of cards”.

It said the situation was dangerous in large parts of the cantons of Valais and Graubünden. Great caution was needed on steep, north-facing slopes.

The SLF’s avalanche bulletin for Friday showed a band of the country stretching from West to East at “considerable” risk of avalanches.

The first death was on December 26th when a 27-year-old Irish skier was buried under a blanket of snow in the Gotthard region.

The following day an off-piste skier of unidentified nationality was swept away by an avalanche on the slopes of the Piz Nair near the resort of St. Moritz in the canton of Graubünden.

On Sunday a 58-year-old man died in hospital after being struck by an avalanche near Bex in the Diablerets massif in the canton of Vaud.

On the same day a 31-year-old skier was buried under snow in Val Ferret in the canton of Valais. He died later in hospital.

The catalogue of accidents continued on Monday when a cross-country skier was struck by an avalanche above Davos in Graubünden.

The bodies of two further victims were discovered on Monday near Arrola and Orsières in the canton of Valais following a lengthy search operation.