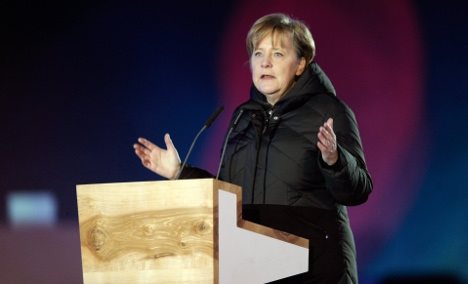 The accident occured while Merkel was on a skiing trip in Engadin in the canton of Graubünden over the Christmas break.

At first, Merkel, who is able to walk unaided, thought she had just suffered a bruise and only went to the doctor after returning to Berlin.

German government spokesman Steffen Seibert said during a press conference in Berlin that Merkel had suffered “serious bruising in connection with a partial fracture on her left posterior pelvic ring."

He added: “We believe she was going at a low speed.”

Merkel cannot travel by plane and must lie down as much as possible over the next three weeks, Seibert said.

It means she will have to cancel a planned visit to Poland and a meeting with the Luxembourg Prime Minister in Berlin.

Seibert added that Merkel was still able to work from home and would be at the German cabinet meeting on Wednesday.

However, he said she would be skipping the annual World Economic Forum meeting in the Graubünden resort town of Davos later this month.

Seibert emphasized that the decision not to attend the January 22nd-25th meeting was made before the ski accident.