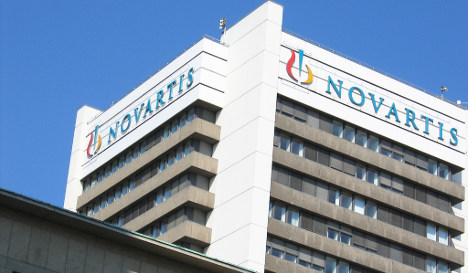 The ministry lodged its complaint against Novartis Pharma KK following months of scandal after a university said the data in clinical studies might have been skewed to promote blood-pressure drug Diovan, which is also known as Valsartan.

"Today a criminal complaint was filed by the health, labour and welfare ministry against us over doctor-led clinical research on Diovan for alleged exaggerated advertising banned under the pharmaceutical law," a statement on the company's website said.

"We apologise deeply for causing tremendous worries and trouble to patients, their families, medical workers and the public.

"We take this incident extremely gravely and will continue to cooperate fully with the authorities."

Health Minister Norihisa Tamura has characterized as "extremely regrettable" the incident in which an employee of the world's number two drug maker hid his affiliation during a medical study into the effects of the drug.

The resulting studies suggested the drug, which is licensed for use in more than 100 countries, had some additional preventative effect on strokes and angina.

There is no suggestion that Diovan is ineffective in combating blood pressure problems.

Under Japan's pharmaceutical law, anyone found guilty of exaggerated advertising can be punished with up to two years in prison or a fine up to two million yen ($19,400).

Novartis Pharmaceuticals chief David Epstein has apologized for the concern the incident caused, but did not say that the company played any role in the allegations.