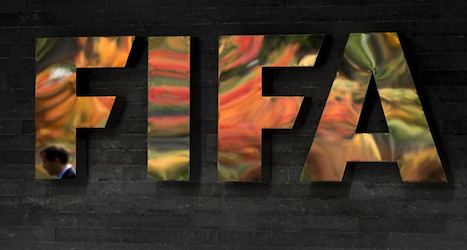 The Board meets twice a year, including once to discuss possible rule changes.

"It's a historic day because this January 13, 2014, we have given a new status to the International Football Association Board," said FIFA's Blatter during a signing ceremony in Zurich on Monday, ahead of the Ballon d'Or vote announcement.

"It's historic because until now IFAB was an organisation that was floating in the air between the British Federations and FIFA, and now . . . it has been decided that the International Football Association Board should become an autonomous organization."

Under the new structure IFAB, set up under the Swiss civil code,  is to establish two advisory panels consisting of a football one made up of former players and coaches, and a technical one comprising referees and law experts.

The panels will provide guidance and recommendations to IFAB regarding possible rule changes.

IFAB was set up in 1886 as a result of a new tournament between the four British nations called the British Home Championship.

At that time each association played by slightly different rules meaning that when British countries played international matches against each other, they would play to the rules practised by the home team.

IFAB was set up to provide a consensus on the rules.

FIFA was set up in 1904 and agreed to adhere to the IFAB rules, before admitting a representative to IFAB in 1913.

By comparison, Europe's governing body UEFA was not created until 1954.

FIFA has four votes while each of the four British Associations have one vote each; six votes are needed to carry any motion, meaning that FIFA has to agree for any law to become binding.

The reason for the new panels is to encourage the traditionally conservative IFAB to be more pro-active in its approach to new ideas.