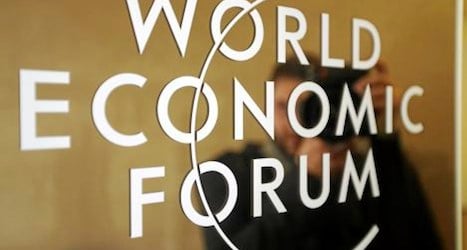 While the mood of doom surrounding the eurozone that stalked Davos at the height of the crisis has abated, staggering rates of youth unemployment and sluggish growth are still battering Europe, delegates heard.

Christophe de Margerie, head of French energy giant Total, said: "Don't take it as being provocative (but) I think Europe should be reclassified as an emerging country."

The continent needs to start from scratch in terms of economic policy to overcome the twin evils of high unemployment and stagnant growth, he added.

Axel Weber, head of Swiss banking group UBS and a former head of the powerful German Bundesbank, said: "The eurozone recovery is no reason to get excited.

"If you actually look at the recovery, it's lacklustre, it's uneven across European countries . . . this is not enough to close output gaps, it's not enough to create jobs."

"I'm really still concerned. The mood in financial markets has improved, but the situation in the economy has not improved."

With more than one in two young Spaniards out of work, "you're losing part of a whole generation," he warned.

After years of recession caused by a crippling debt crisis, the eurozone economy is gradually beginning to recover, although concerns persist about certain countries, notably France.

Rogoff derided the creation of the single European currency, the euro, as a "giant historic mistake".

Nevertheless, he acknowledged that the 18-member bloc had become more stable since last year's gathering of the world's elite at Davos.

"No one is talking about the eurozone falling apart. I don't think it's a small political achievement . . . I think Europe deserves credit for that."

But he chastised Europe's leaders for "not really taking care of its future in terms of looking after its youth."

Two other top bosses, Martin Sorrell from British advertising giant WPP and Giuseppe Recchi, chairman of Italian energy firm Eni, blamed structural problems in Europe for the high level of unemployment and called on leaders to
push through reforms.

"We asked 80 of our clients what the critical issues in Europe are in terms of their expansion," Sorrell told delegates.

"The answer was labour market inflexibility."

For his part, Recchi also warned of the dangers of a lost generation.

Talented people are leaving university and failing to find a job quickly, meaning they are joining the labour market later and later, he said.

"It is difficult for a company to hire a 30-year-old person without workexperience," he said.

Analyst Nariman Behravesh, chief economist at IHS, told AFP that high unemployment had created a "very dangerous situation" in terms of fomenting support for parties on the political extremes.

Europe needs to "significantly improve its competitiveness through structural reforms of various kinds," he said.