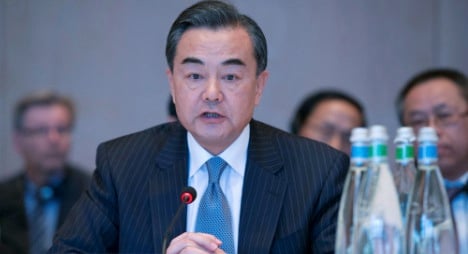 In the latest salvo in a simmering diplomatic spat, Wang also reiterated China's anger over Abe's recent visit to a shrine which honours the memory of 14 convicted war criminals along with millions of other Japanese war dead.

"It strikes me that his statement is a bit anachronistic because the current era is a world apart from the situation of 100 years ago," Wang told the annual gathering of business and political leaders.

"The forces for peace in the world, and they include China, are growing."

Abe's comparison of the current situation in East Asia with early 20th-century Europe was designed to make the point that Britain and Germany's developed economic relationship did not prevent them taking up arms, implying that something similar could happen between China and Japan in the modern era despite billions of dollars worth of trade and investment ties.

The Japanese leader's comments, made to journalists here on Thursday, were part of Tokyo's campaign to alert the world to what it sees as China's growing military assertiveness, which it views as an increasing threat to its own security at a time when US willingness to underwrite it is in increasing doubt.

"Reviewing these episodes of history would clearly show who was the instigator of war and the troublemaker," the foreign minister said.

Wang said Beijing regarded Abe's December visit to the shrine as the biggest problem in the bilateral relationship, describing it as a memorial that glorifies militarism, justifies past aggressions and honours the 14 military and public officials who were either executed or died in prison after being convicted as Class A war criminals at the end of the Second World War.

"When a Japanese leader lays a wreath at such a shrine, he crosses a line — he is breaching the conscience of humanity and international justice. He is contesting the outcome of the second world war and the international order that emerged from it.

"The Class A war criminals of Japan were like the Nazis. Could you imagine a European leader could today lay a wreath at a memorial to Nazi war criminals? Would the European people accept such a move? No. And it would be illegal besides."

Britain and the United States both criticised Abe for visiting the shrine and it also prompted a furious reaction in South Korea.

Against that backdrop, analysts say it is in China's interests to keep the issue simmering because it has a bearing on how the rest of world sees territorial disputes between Beijing and its neighbours, including one with Japan over uninhabited islands in the East China Sea.

Japan currently controls the islands it calls the Senkakus. But China, which refers to them as the Diaoyus, believes they belong to them and there have been a string of flashpoints involving armed coastguards in recent years.

China blames Japan for upsetting a delicately balanced arrangement which prevented the status of the islands from being an issue for four decades by asserting its sovereignty over them.

"China had no choice but to react to the Japanese move," Wang said. "We have offered negotiations but the Japanese refuse to discuss the island because, in their view, they are not in dispute.

"Let me again make the offer: We should begin to have a bilateral negotiation over the island to establish a crisis management mechanism."

Before addressing issues related to Japan, Wang had outlined how he sees the Chinese Communist Party's commitment to a new wave of reform leading to the world's most populous nation playing a bigger role on the global stage.

He said China wanted to "shoulder more international responsibilities" by becoming more active in helping to defuse what he termed "hotspot issues" around the world. 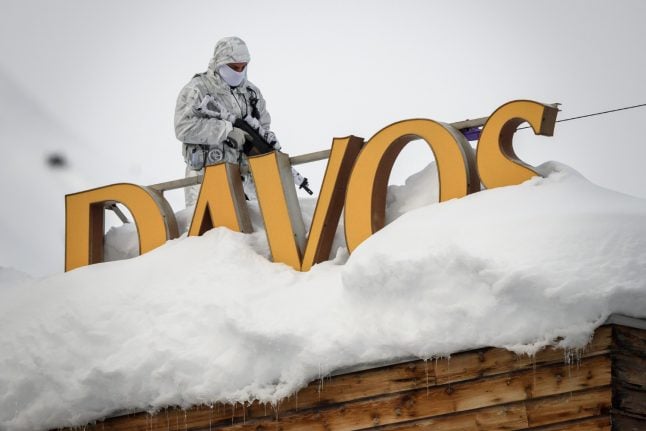 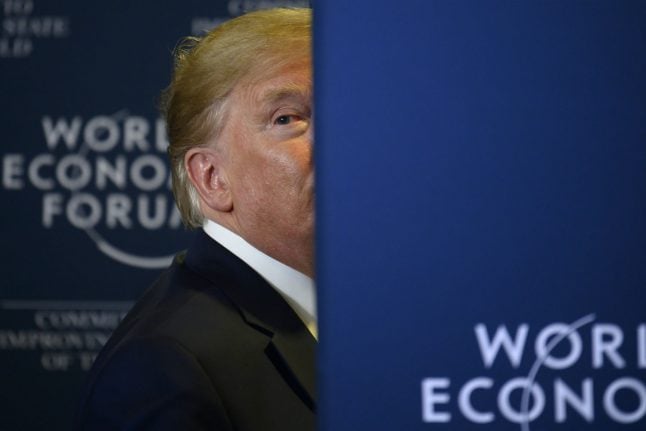