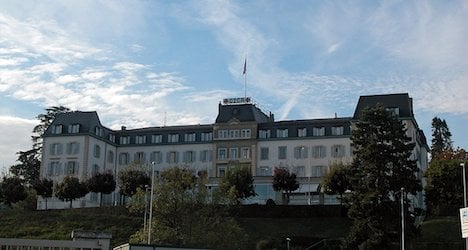 "We can confirm that the ICRC lost contact with one of its vehicles, with five people on board," ICRC spokesman Alexis Heeb told AFP.

The four ICRC staff members and a veterinarian from another aid organization, went missing Saturday along with their vehicle on the road between the towns of Kidal and Gao, Heeb said.

All five individuals are Malian citizens.

"We don't know the reason for the vehicle going missing. It could be anything," Heeb said.

"At this stage we're exploring all possibilities. We're extremely worried and we're contacting everyone to try to localize them," he added.

He underlined that the ICRC was in any case in regular contact with the authorities as well as various armed groups operating in Mali.

For security reasons, ICRC teams make regular contact every few hours with their base when they are on mission, and the team had done so for part of its journey.

"They were on the way from Kidal to their base in Gao. We don't know yet in what circumstances contact was lost," said Christoph Luedi, head of the ICRC Mali delegation, in a statement.

"It's important not to speculate about what might have happened, although no possibility has been ruled out," he added.

But Luedi issued what appeared to be an appeal to potential kidnappers.

"We're calling for our personnel to be treated with respect so that they can perform their tasks," he said.

ICRC operations in Mali range from visiting people detained during the country's conflict to providing aid to the hundreds of thousands of people who were driven from their homes by fighting.

Mali descended into chaos when Tuareg rebels and Islamist groups took over the north after a military coup in March 2012 far to the south in the capital Bamako.

The humanitarian crisis sparked by the conflict came on top of years of drought in the Sahel region that have left 800,000 Malians relying on food aid.

The rebels started an advance on Bamako that led to a military intervention by former colonial power France in January 2013.

French troops pushed Al-Qaeda-linked militants out of northern towns early last year and have kept up operations against residual groups of insurgents.

France is winding down its force from a peak of around 5,000 soldiers but is to keep 1,000 troops in Mali beyond the spring.

The UN peacekeepers took over security in July last year from a pan-African military mission which had been supporting the French troops.

Last month, five UN peacekeepers were injured when their vehicle ran over a landmine in Kidal.