AMEC said it had received the support of Foster Wheeler's management and had signed a definitive agreement to acquire all of the company's stock in exchange for cash and AMEC stock.

"The combination positions us across the whole oil and gas value chain, provides scale in our growth regions and is expected to be double-digit earnings enhancing in the first twelve months," AMEC chief executive Samir Brikho said in a statement.

AMEC said Foster Wheeler, with registered headquarters in Baar in the canton of Zug, will add mid and downstream capabilities to AMEC's focus on upstream oil and gas projects.

The acquisition will also double revenues in fast-growing regions, and lead to at least $75 million in cost synergies, plus tax savings.

The deal requires the approval of investors holding 80 percent of Foster Wheeler's share capital, and is expected to close in the second half of this year.

The deal offers Foster Wheeler shareholders about 50 percent in AMEC stock and 50 percent in cash, although they can seek to adjust the amounts.

The $16 per share to be paid to Foster Wheeler investors will be financed from cash resources and new debt financing, said AMEC.

With Foster Wheeler investors also receiving 0.8998 AMEC shares for each of their shares, they will hold 23 percent of the company after the transaction.

Shareholders in the Zug-based company are also to get an exceptional dividend of 40 cents per share before the operation.

Foster Wheeler said the $3.3 billion (3.5 billion) deal represents a premium of 13.8 percent over the price of its shares on November 26, the date on which information about a possible merger with AMEC began to circulate.

Foster Wheeler, a company with US roots that is also involved in construction for the refining, chemicals, power and pharmaceuticals industries, is still listed on the Nasdaq in New York.

In 2009, it moved its executive headquarters from New Jersey to Geneva, a move that led to Chairman Ray Milchovich, to step down as CEO.

However, this was short-lived.

In March last year the company moved its executive HQ to Reading, near London, England from the Swiss city.

It is not clear what impact the AMEC takeover will have on the operations in Baar.

The company established an office in Basel in 1997 to serve the pharmaceutical industry. 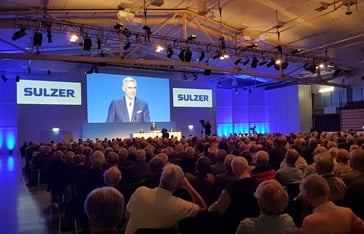