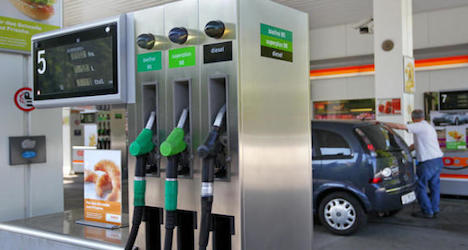 Addressing the media on Wednesday, Leuthard said the government needed more money to invest in the road network and was eyeing a fuel tax increase of 12-15 cents, the Swiss news agency SDA reported.

Motorists’ groups have welcomed the increased investment in infrastructure but criticized the price hike.

The planned increase would mean the average household with a mid-range car spending 14 to 18 francs extra a month, Leuthard said.

Without additional funds the gap in funding could not be closed, she said, meaning roads couldn’t be extended to ease congestion.

Leuthard said that the fuel tax had not been brought into line with inflation for 40 years.

The money would only be used to improve roads, Leuthard said.

The government believes that without its planned national road and agglomeration traffic fund (NAF) ”we will lose time and money”, Leuthard said.

Traffic on Swiss roads has doubled since 1990, the minister said, and maintenance costs are increasing.

The two transport associations TCS and ACS as well as the road transport federation ASTAG welcomed the creation of the road fund but rejected the tax hike.

In a referendum on November 24th last year the Swiss rejected government plans to increase the cost of a motorway tax disc to 100 francs from the current 40 to pay for an extension of the road network.