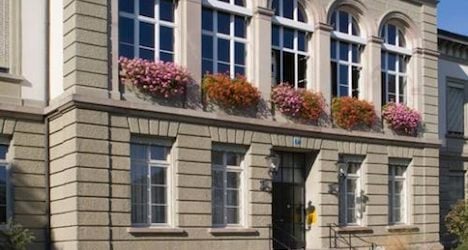 Christoph Egger, a repeat offender who was ordered to submit to the treatment after his latest conviction in March last year, vanished around three weeks ago, the Basel department of security and justice confirmed on Monday.

Andreas Knuchel, spokesman for the department, told the Blick newspaper that the paedophile attempted to contact authorities through his lawyer several days after his disappearance.

“We started from the belief that he was going to return of his own accord,” Knuchel told the German-language daily.

After hearing no further news from the man, “we decided to make public a wanted person notice”.

After the notice was issued, the German TV network RTL broadcast an interview with Egger, conducted last Friday.

Egger’s activities were publicized last year when he made public in a documentary film the fact that he had voluntarily agreed to chemical castration.

This involves the administration of medication designed to reduce libido and sexual activity.

In the interview with RTL, he explained why he decided to take this course of action.

By submitting to such treatment Egger said he wanted to show that a paedophile can leave a normal life.

But he also expressed his dissatisfaction with the therapy at the Basel clinic, calling it "useless".

Egger told RTL his life would be "damned" if he had to spend five years at the clinic, explaining that he would be unable to find work.

He added, however, that he would turn himself into authorities over the course of the week.

On the basis of advice from an expert, a court last year ordered Egger, a resident of Basel, to pursue the clinical therapy.

The drugs taken by Egger must be taken regularly if the chemical castration is to work, Basel justice official Knuchel is quoted as saying by Tamedia’s Newsnet.

“The medicine has a life span of about three months,” he said.

Twenty years ago Egger was sentenced to eight years in prison for sexually abusing children aged from nine to 15.

He was sentenced to a year in prison, at which time he opted for chemical castration through the use of the drug Lucrin.