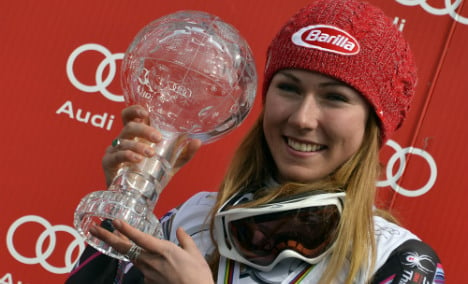 Two days after her 19th birthday, the Olympic and world champion, who had already won the slalom crystal globe for the second time, finished 1.44 seconds ahead of Sweden's Frida Hansdotter.

Shiffrin was already out in front after the first leg, timing 1.57 seconds quicker than Hansdotter.

That meant she only really needed to safely negotiate the second leg to claim the ninth World Cup win of her young career in an overall time of two minutes and 4.54 seconds.

The teenager from Colorado led the slalom standings from beginning to end after winning the first race of the season in Levi, Finland in November.