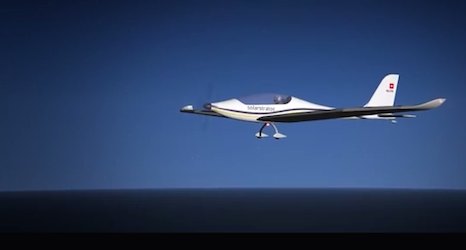 Domjan, 42, outlined his SolarStratos project to Swiss media this week, aiming to pilot a solar- and hydrogen powered plane higher than standard aircraft can travel.

The project also envisages carrying paying passengers willing to pay 50,000 francs to travel to altitudes of around 10,000 to 15,000 metres, starting in 2016, 20 Minutes newspaper reported.

The project aims to set an altitude record in 2017.

The risky venture would require the pilot and passenger to wear a space suit and technology to deal with temperatures as low as minus 70 degrees.

Domjan said the idea of the high-flying plane came to him when he was sailing in the Planet Solar boat that circumnavigated the world.

The Neuchâtel native has recruited a team that includes Michael Lopez-Alegria, a Spanish-American astronaut and former International Space Station commander, and Géraldine Fasnacht, the Swiss daredevil snow boarder and base jumper.

Between 2010 and 2012, Domjan sailed around the world in the 31-metre PlanetSolar, a boat covered with solar panels that provided the energy to propel the vessel.

He is currently seeking 6 to 8 million francs ($6.8-9.1 million) in financing for the SolarStratos project, Le Temps newspaper reported on Wednesday.

“The idea is to relive the dream of Icarus without burning the wings,” Domjan is quoted as saying by the newspaper.

The SolarStratos project will be competing for attention with another Swiss venture, Solar Impulse, which aims to fly a solar-powered plane around the world.

“The great exploits of the future will be accomplished without fossil fuels,” Piccard said.

“Solar Impulse and PlanetSolar have already shown the example.”