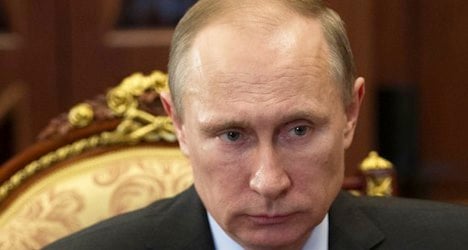 Putin at the Kremlin on Thursday. Photo: Alexey Druzhinin/RIA-Novosti/AFP

Bach had invited the Russian leader to come visit the IOC headquarters and the Olympic Museum in the picturesque Swiss town overlooking Lake Geneva.

No date had been set and the IOC is still awaiting a response to the invitation, Tonge said.