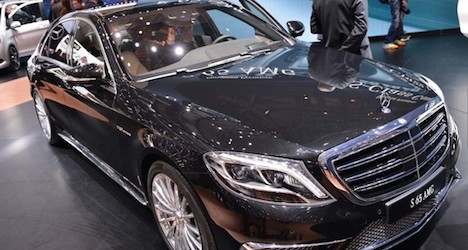 Cantonal police say slack security at the dealerships is in part responsible for the outbreak of car theft, noted since the beginning of 2013 and continuing in the first few months of this year.

The majority of the thefts of the high-end autos were committed at night by criminals from Lyon, of Maghreb origin, who operate both in France and Switzerland, police said in a news release issued on Monday.

“Attracted by the lack of security of dealers in Suisse Romande (French-speaking Switzerland), thieves regularly cross the border to exploit this fact while taking advantage of this to commit other crimes,” the release said.

Traffic of drugs and contraband, and break-ins of businesses, particularly jewellery shops, are among the other activities of the crooks who use the stolen cars as getaway vehicles, police said.

Police advised dealers that car thefts could be reduced by simple measures to boost security.

Numerous garages are “ill equipped” to deal with robbers, with buildings that are not properly secured at night, the cantonal force said.

And many dealers have outside boxes for collecting keys from customers who arrive after opening hours that are easy for thieves to force open, police said.

They recommend that dealers install strong boxes that are integrated into the structure of buildings.

During opening hours keys for showroom cars should be kept in a safe and not in public view, police advise.

In many cases investigated by cantonal officers, thieves absconded with keys during the day, only to return at night to drive off with the limousines.