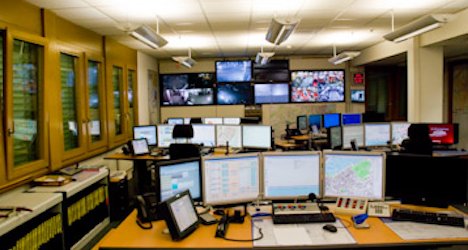 The blaze broke out around 12.30am in a three-bedroom apartment on the third floor of a building in Onex, a municipality southwest of the city of Geneva, emergency officials told media.

Neighbours gave the alert and fire fighters arrived on the scene shortly before 1pm, according to an online report from the Tribune de Genève.

The fire was brought under control by 1.18am but not soon enough to save the life of the victim, apparently a renter in the building on the Rue du Comte Géraud, the newspaper said, citing a fire department official.

Fire fighters discovered the woman’s lifeless body in the living room of the apartment.

Other residents were evacuated to the gym of a nearby school while fire fighters secured the apartment building, 20 Minutes reported online.

Six of the building’s occupants were treated at the school for smoke inhalation while another was taken to hospital, the newspaper said.

Residents were allowed to return to their homes at 2.10am.

The cause of the fire, believed to be accidental, remains under investigation.

Note: This report was corrected from an earlier version, which stated that the victim was a man.