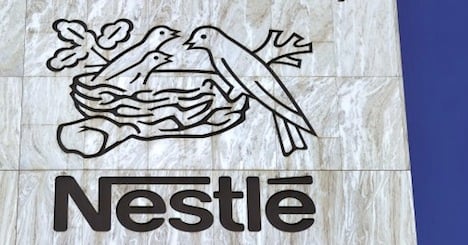 "Recent political decisions, notably the referendum (on February 9th) on immigration, have led us into a period of uncertainty," Peter Brabeck, chairman of the Swiss-based company, told the group's annual general meeting.

"I won't hide the fact that there's now a degree of uncertainty concerning the mid-term development of the Swiss economy," he said in a speech to shareholders.

Referenda are the bedrock of Switzerland's renowned system of direct democracy, and voters in February's plebiscite narrowly approved the immigration control measures pushed by right-wing populists.

The move has cast a shadow over relations between the European Union and Switzerland, which is not a member of the 28-nation bloc but has tight economic ties with it.

Under a decade-old treaty with the EU, its citizens had gradually been granted free access to the Swiss labour market, a fact applauded by the country's business sector.

But with 80,000 new EU arrivals per year in the country of eight million people —  around a quarter of the population of which holds foreign passports — the right-wingers argued that Switzerland was being "swamped".

The result of the vote binds the Swiss government to renegotiate the labour market rules with the EU, but Brussels insists that free movement of workers is part and parcel of access to the bloc's single market.

Within three years, the government is obliged to reintroduce sector-by-sector labour market quotas for foreigners, something the business world says will be massively bureaucratic and will tie its hands in the fast-moving, globalised economy.

"If we can't hire people in Switzerland, we'll transfer jobs abroad, which is a loss for Switzerland," a Nestlé official warned on the sidelines of the meeting, speaking on condition of anonymity.

Nestlé is a telling example, because foreigners make up 60 percent of the workforce at its base in Vevey in the canton of Vaud on the shore of Lake Geneva, and 75 percent in its Swiss-based research arm.