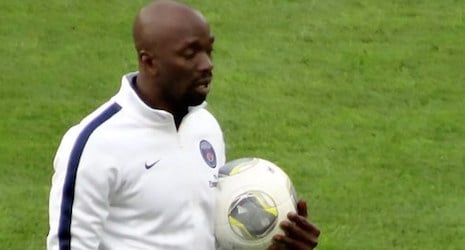 The Swiss government's weekly list of official administrative announcements showed that the federal tax administration had received a request for assistance from France.

The document did not specify whether Makélélé, who used to play for British team Chelsea, had done anything wrong.

Such requests can be made under a longstanding accord between Switzerland and France that fights tax fraud and ensures individuals do not pay tax on the same money to both countries.

Makélélé had the option of opposing the request, the document said.

Swiss authorities have given him ten days to appoint a representative in Switzerland to handle his case.

Swiss news agency ATS suggested that the probe could be related to Makélélé's 2004 investment in Geneva side Servette FC, which was run by his former agent Marc Roger.

At the time, Roger said that Makélélé had bought a stake of between five and ten percent of Servette.

Servette fans still bristle at the memory of the Roger era, which saw the century-old club go bankrupt and get relegated to the third division.

With new owners, Servette managed to climb back to the Swiss top flight by 2011, but were relegated to the second division last season — due to their on-pitch performance rather than financial problems.

Makélélé, now 41, won titles in three countries with Chelsea, Real Madrid and French club Nantes, as well as the Champions League with Real.

With 71 France caps, including the 2006 World Cup final, he is now deputy manager to former France international Laurent Blanc at Paris Saint-Germain.