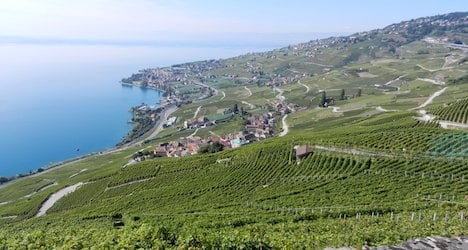 Two previous initiatives pushed by environmental crusader Franz Weber to protect the region were approved by the people in 1977 and 2005.

But Weber, who has spearheaded yet another initiative, maintains that stricter measures are needed to save the area, designated as a world heritage site by Unesco, from property speculators and real estate development.

The initiative would reduce the number of additional residents in the region to 1,800 from around 3,500.

Around 14,000 people currently live in Lavaux, an area known for its quaint villages and historic terraced vineyards sloping down to Lake Geneva.

The cantonal government, for its part, maintains Weber is going too far with his proposal, which would protect traditional buildings and severely limit construction in residential zones.

The government said it would make it virtually impossible to erect new buildings for economic activity, including wineries and hotels, as well as public facilities such as seniors' homes, schools, daycare centres and cultural spaces.

It has crafted a counter-initiative that is less restrictive.

This is supported by Lavaux’s wine growers, who fear their livelihood would be threatened by Weber’s proposal, as well as by the region's inter-municipal council.

The government would reduce the amount of land that is available for construction from 40 to 20-25 hectares.

The cantonal proposal would create a plan for the area that would prevent any expansion of land zoned for building.

But it would continue to allow municipalities to manage land earmarked for construction.

Weber’s initiative, dubbed “Save Lavaux III”, is backed by environmental groups Pro Natura and the WWF.

The referendum is scheduled for May 18th.

In order to get the issue on the ballot, Weber was forced after launching his initiative in 2009 to take it all the way to the supreme court, which ruled that it is consistent with Swiss constitutional law.

At issue with the Lavaux initiative is how far laws can go to protect a region without preventing economic development.

Weber, 86, a former journalist who studied at the Sorbonne University in Paris, is celebrated for waging campaigns to protect Swiss mountain areas, such as the Engadine Valley in Graubünden.

In March 2012, Swiss citizens voted in favour of an initiative launched by his foundation to limit the construction of holiday homes.

The resident of Montreux is also noted for campaigning for animal rights around the world.