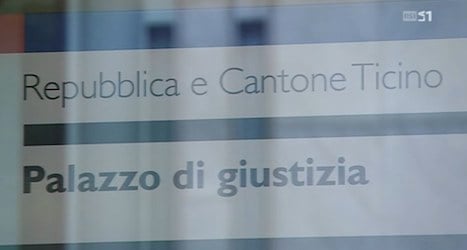 Valentina Item backed out before taking the oath of office after being chosen as the new top prosecutor for the Italian-speaking canton by the cantonal parliament.

Item told media she had done nothing wrong but was resigning after suffering “unacceptable media aggression”.

She became the focus of attention after her nomination when reports revealed that a Filipino woman was employed in her home as a domestic worker without being declared to authorities.

Item has always denied that she was unaware of the cleaning lady’s illegal position, stating that the worker had been hired by her husband, lawyer Hector Item, the Corriere del Ticino newspaper reported.

The woman had worked in the couple’s home for five months, taking pay “under the table”, according to allegations.

Item said the privacy of her family had been violated in the media coverage of the scandal.

She said she was bowing out not because she had committed crimes “but to save me and my family from a real lynching”, the Corriere del Ticino reported.

Cantonal police and the cantonal prosecutor’s office said jointly that a new hearing into Item was being conducted as part of a criminal prosecution for violation of the federal law on foreigners.

The prosecutor’s office acknowledged that Item has denied any wrongdoing,

But in light of her decision not accept the attorney-general’s posiition, no further information would be released while case follows its course, the office said.