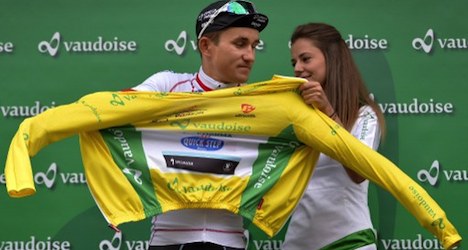 Kwiatkowski recorded the quickest time on the short 5.57-kilometre course, of six minutes 22 seconds, to beat Rohan Dennis of Australia by two seconds and Germany's Marcel Kittel by four seconds.

"It's a big surprise," said Kwiatkowski, who takes the leader's yellow jersey.

"I was in form for the Ardennes classics but I didn't know what kind of form I would be in today," he said.

"To have a few seconds advantage is something special."

The first stage proper is scheduled for Wednesday and a 200.9-kilometre run from Ascona to Sion which will feature the snow covered Simplon climb.

The six-day race finishes on Sunday with a 18.5km time-trial around Neuchâtel.