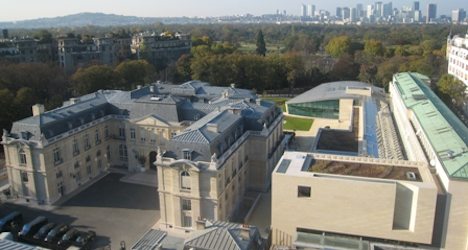 Under the declaration, the countries have committed to "swiftly" pass new domestic laws that will allow them to collect information on all bank accounts and automatically exchange it with other participating countries.

They must also call on their financial centres "to implement the new single global standard without delay".

The list of signatories includes all 34 members of the OECD, a club of developed nations that spearheaded the initiative.

That includes Switzerland, Liechtenstein and the British jurisdictions of Jersey and Guernsey — all which have been criticized for high levels of banking secrecy in the past, laying them open to accusations that they serve as havens for tax evaders.

The list also includes Luxembourg, even though it is blocking transparency initiatives within the European Union.

The OECD has also secured the participation of 18 non-OECD nations, including the key international financial centre of Singapore.

The new global standard was described as "a real game-changer" by OECD chief Angel Gurria when it was unveiled in February.

Previously, countries would have to request data on suspected tax cheats using a process that was often complicated, and some countries were uncooperative.

The United States was the catalyst for the change with its so-called FATCA law which requires international banks to provide data on accounts held abroad by its citizens and companies or face sanctions.

The next step, the new declaration states, is for the OECD's fiscal committee to provide within the coming months clear guidelines on how the standard should be put into practice, and come up with technical solutions to make sure it is effective.

A "Global Forum" is also due to be set up to monitor and evaluate individual countries' efforts.

Developed in cooperation with the Group of 20 gathering of advanced and leading emerging markets, the system should come into force in 2015.

"This new standard on automatic exchange of information will ramp up international tax co-operation, putting governments back on a more even footing as they seek to protect the integrity of their tax systems and fight tax evasion," Gurria said in a statement in February.