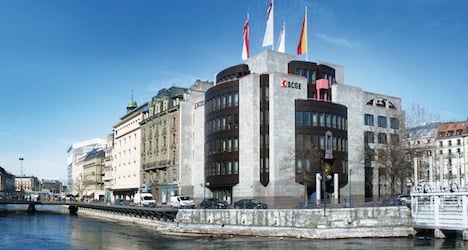 The Tribune de Genève said the canton must hand over the money to Dominique Ducret, BCGE’s former chairman, as a result of a recent ruling from Switzerland’s supreme court.

Ducret was earlier found innocent of fraud and abuse of trust charges levelled against him and other directors in connection with losses of 2.4 billion francs suffered by the bank in the late 1990s.

But the supreme court decision, made last month, now covers the full legal costs, amounting to double that sum, said the Tribune.

The supreme court ordered that the cantonal court is required to recalculate the exact sums owed to the lawyers by the canton.

The canton has already been ordered to pay Ducret 100,000 francs, plus interest, in damages and 120,000 francs for loss of economic opportunity.

The BCGE had to be recapitalized by the government to stave off bankruptcy.

Geneva’s cantonal bank was one of several in Switzerland that suffered significant losses stemming from real estate problems in the 1990s.

A bubble developed in property prices followed by a collapse when interest rates rose, leaving many financial institutions with bad loans.

Swiss financial authorities have subsequently tightened lending requirements in a bid to prevent a recurrence of such problems.

The BCGE is evidently on a sounder financial footing these days.

The bank announced on Tuesday that Standard & Poor's had confirmed its A+/A-1/Stable rating.