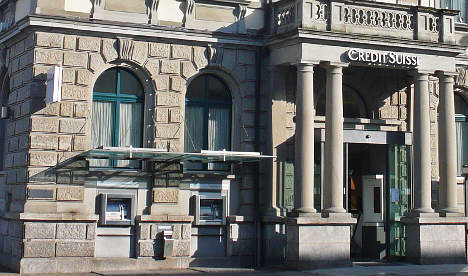 BNP Paribas chief executive Jean-Laurent Bonnafe acknowledged at Wednesday's annual meeting that a fine could be "very significantly higher" than the $1.1 billion it has set aside to settle charges it did business in Iran and other countries under US sanction.

Officials at Credit Suisse last week said the bank was working to resolve a criminal probe on enabling US taxpayers to evade taxes through secret bank accounts.

Switzerland's second largest bank has set aside $810 million to resolve the case, but latest reports have said the bank could end up paying two and a half times that amount.

The crackdown on the two European giants follows major federal settlements with JPMorgan Chase, Bank of America and other large US banks over myriad violations.

"There is no such thing as 'too big to jail,'" Attorney General Eric Holder said earlier this month.

"When laws indeed appear to have been broken — and the evidence supports the allegations — a company's size will never be a shield from prosecution or penalty," he said.

No guilty pleas for US banks

But in similar cases, US banks have been fined heavily but not forced to plea guilty.

The bank acknowledged a lengthy statement of facts outlining the wrongdoing and signed a deferred prosecution agreement.

But in neither case did JPMorgan have to admit the charges.

Moreover, the Justice Department has not criminally prosecuted any senior bank officials in the mortgage securities debacle, a decision that US Judge Jed Rakoff suggested could be "one of the more egregious failures of the criminal justice system in many years."

One reason prosecutors have been loath to force guilty pleas until now is the fear of that a conviction could trigger dire consequences, such as the withdrawal of a bank's charter to operate, endangering jobs and threatening the economy.

"You take into consideration all factors," US Attorney Preet Bharara said in January, noting "collateral consequences" to pursuing a criminal case against a big financial institution.

But in March Bharara, referring to a case against "a significant financial institution", said the department would test claims by prosecuted banks that a guilty plea risked "potential devastation".

In the Credit Suisse and BNP cases, New York state's top financial regulator Benjamin Lawsky has told both that they could keep their charters if they plead guilty and agree to significant penalties, according to a person familiar with the matter.

But Brandon Garrett, a professor at the University of Virginia School of Law, said they raise concerns that US and foreign banks are being treated differently.

"But I do think that going forward, if convictions can become more routine that's a good thing.

"Normally, people think that if serious crimes are committed, the appropriate result is conviction."