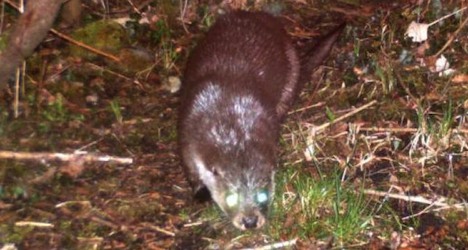 At least one Eurasian otter has been spotted in the canton of Geneva, the cantonal environment department recently announced.

Since the beginning of spring, the otter has been sighted several times along a river being monitored for its beaver population.

A camera caught an image of the otter on a river bank.

Geneva officials believe the animal immigrated from nearby France.

Despite being a protected species in Switzerland since 1952, the Eurasian otter disappeared from the country in the late 1980s.

The last one was seen in Lake Neuchâtel.

Historically, otters were hunted for their fur then their numbers were further impacted by pollution and the destruction of habitat.

Sensitive to water pollution, the otter flourishes where there are water courses with clean water and plenty of fish to feed on.

Measuring up to 1.5 metres long, including a 45-centimetre tail, it is equipped with webbed feet for swimming and thick fur.

In addition to eating fish, it will feed on birds, mice, frogs, crustaceans and insects, experts say.

The Geneva environment department said the return of the otter testifies to the progress made in cleaning up bodies of water in the canton.

It is is not clear whether the otter will stay in Geneva and whether others will follow.

But the cantonal environment departments said there are now numerous fish-filled water bodies that could support the species.

“The presence of an otter in the river where fish are not threatened does not pose a problem for fishers,” Christophe Ebener, chairman of the Geneva fishing commission said in a statement.

“On the contrary, this animal of a strong symbolic nature draws attention to the importance of protecting water courses and their fish.”

Geneva’s Environment MInister Luc Barthassat said in a statement that the otter was a “living symbol of a river in good health and a mascot for fishing”.

The otter will always have a place in Geneva, Barthassat added, “if it wants it”. 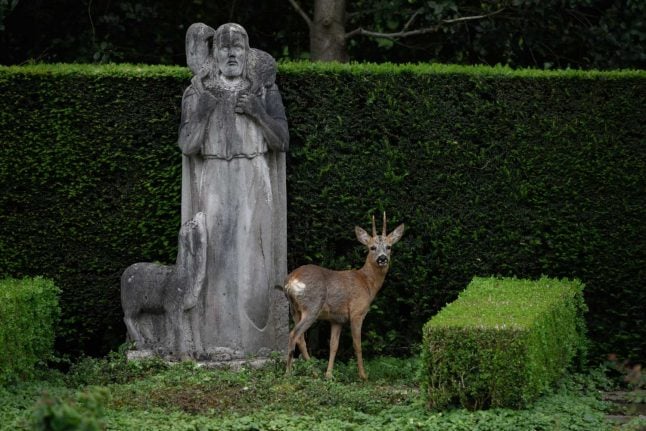 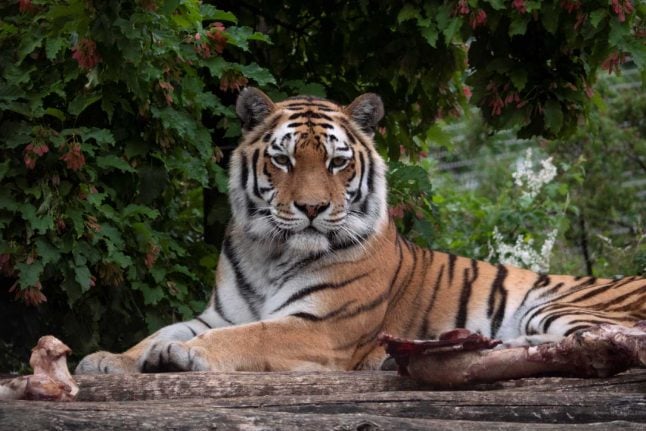