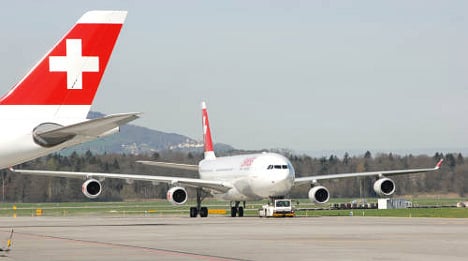 Swiss is hoping to keep up with the competition. Photo: Swiss International Air Lines

The new price concept, with one-way tickets from 89 Swiss francs, was reported by the Travel Inside journal and picked up by Swiss media on Thursday.

The 89-franc deal applies to flights from Zurich to a number of EU cities, including Paris, Berlin, Birmingham and Barcelona.

For other destinations – Amsterdam, Florence, Hanover, Prague and Oslo – passengers will have to buy a return ticket.

Business rates will be available from 299 francs.

The new campaign starts on July 9th, but tickets at the special rate are already available to purchase online, a spokesperson for the airline told the Swiss news agency SDA.

In September last year the carrier – owned by the German airline Lufthansa – introduced a similar concept from Geneva.

Swiss is under pressure from low-cost carriers in Switzerland, including newcomer Etihad Regional, which is seen as attempting to undercut established airlines with an aggressive pricing strategy.

However, Swiss denied that its campaign was a response to Etihad’s tactics. Myriam Ziesack told SDA it was a reaction to market conditions in general.