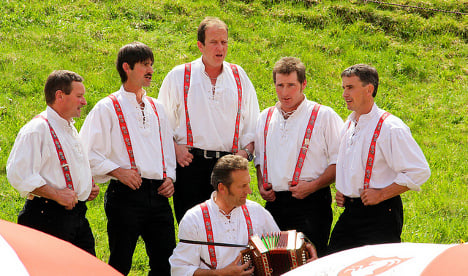 The festival, which runs from July 3rd-6th, is billed as the biggest event ever to be staged in the small community of Davos-Klosters in the canton of Graubünden.

Some 10,000 yodellers, alphorn players, flag wavers and flag throwers will perform during this annual meet of the Federal Yodelling Association.

The event kicks off this afternoon with a panel discussion about the alphorn, before performances begin tomorrow.

Participants include Marcus Cavetti, a well-known player of the alphorn and büchel, a traditional bugle-like instrument from central Switzerland.

The weather may provide more of an obstacle, however. Though sunshine is expected for Thursday and Friday, rain is forecast for Davos, Europe’s highest village, over the weekend.

Find information about visiting the festival at jodlerfest-davos.ch 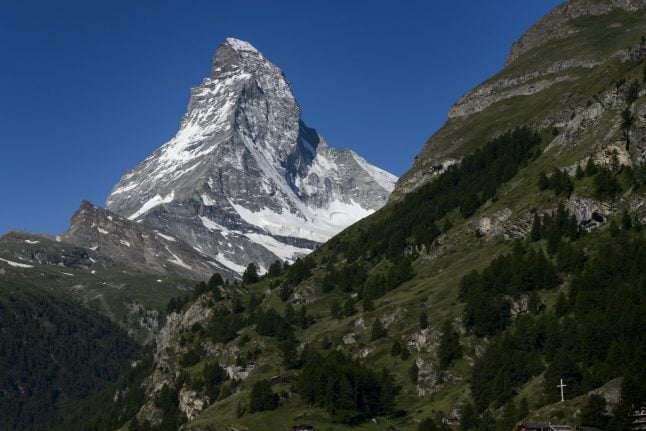 CLIMATE
How heatwaves are making the Swiss Alps more dangerous 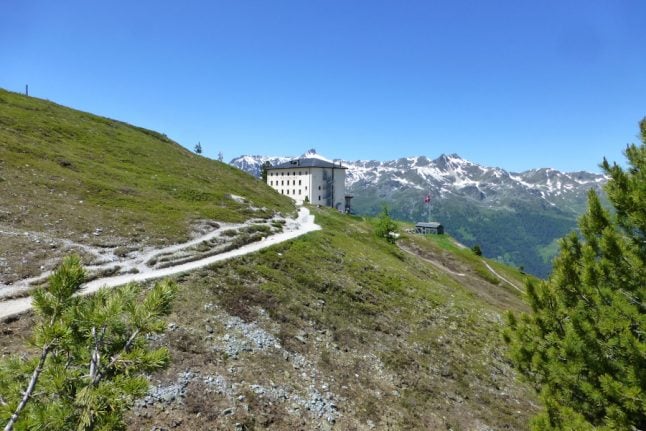 SUMMER
Room with a view: The stunning Swiss beauty spots to wake up in this summer

The Hotel Weisshorn. Photo: Caroline Bishop
With high-altitude campsites, luxurious mountain hotels and basic but comfy Swiss Alpine Club cabins opening from June to September, Switzerland has plenty of rooms with spectacular views to choose from — it all depends on how much effort you want to put in to get there! Here’s our pick for summer 2019. Just make sure to take enough water and sunscreen with you if you're hiking in hot weather.
Berghotel Faulhorn
Built in 1830, this is the oldest mountain hotel in Switzerland and enjoys an incredible location at 2,681m above Grindelwald in the Bernese Oberland. Get there via a four hour hike from Schyinge Platte or two hours from the top of the First cable car – the effort is well worth it for the 360-degree panorama and stunning sunsets at what feels like the top of the world. The hotel is perched at the top of the Faulhorn mountain. Photo: Caroline Bishop

Berghotel Schwarenbach
On the historic Gemmipass between Leukerbad and Kandersteg, this mountain hotel is a wonderful place for a drink, lunch or an overnight in the otherworldly alpine landscape. Photo: Caroline Bishop
Auberge du Salanfe
This stunning spot is on the route of many multiday hikes in the Valais. But if you want something shorter, take the steep 90 minute trail up from the Van d’en Haut campground in the valley and reward yourself with a beer and a hot meal on the cabin’s outdoor terrace overlooking the beautiful Salanfe lake. Salanfe lake, as seen from the cabin. Photo: Caroline Bishop
Whitepod
A luxury alternative to the sometimes basic accommodation of mountain huts, Whitepod comprises 15 ecologically friendly but luxurious igloo tents perched on a slope in the Valais overlooking Monthey. Each energy efficient pod has a wood-burning stove and uses recycled water and biodegradable products, while food in the restaurant is locally-sourced. It’s the perfect spot to get close to nature without giving up home comforts.

Cabane Rambert
The end of a spectacular walk either from Ovronnaz or Derborence, Cabane Rambert is perched above the clouds (hopefully) at 2,580m with beautiful views over the mountains and fabulously starry nights.
Photo: Caroline Bishop

At 2,337m and overlooking the Val d’Anniviers in the Valais, the Hotel Weisshorn has been a destination hotel since the late 1800s. The easiest way to get there is to hike from the top of the St Luc funicular, an 80 minute walk. After lunch at the hotel, you can continue hiking along the spectacular route to Zinal, the path taken by runners in the Sierre-Zinal race each August.

It may be at 2,473m but this one you can drive to. On the Great-Saint-Bernard pass between Switzerland and Italy, it offers wonderful views, local sites including the Hospice Museum, copious hiking trails and, of course, the gorgeous St Bernard dogs of the Barry Foundation who spend their days up here.

Chamanna Cluozza
For the ultimate back-to-nature getaway stay in this cabin built in 1910 just before this area in Graubünden became designated as the country’s only national park. Consequently, the landscape has since then remained as nature intended. It’s perfect for hiking spectacular trails, wildlife spotting as you go.
The wilderness of the Swiss National Park is a great spot for a cabin. Photo: Caroline Bishop
Cabane d’Orny
There are two ways to reach this cabin above Champex-Lac in the Valais. Either walk for four hours from Champex itself, or cut out part of the ascent by taking the cable car to La Breya and walking for two hours from there, a more manageable hike which adventurous kids can tackle too.

Relatively easy to get to but nevertheless sporting amazing views, this Swiss Alpine Club cabin sits above Verbier and below Mont Fort in the Valais. Get there via a 75-minute hike from the top of the Ruinettes cable car and enjoy an overnight stay after all the day visitors have gone home.
Cabane Mont Fort: stunning in all seasons. Photo: Christof Sonderegger/Swiss Tourism
Cabane du Vieux Emosson
One way to get to this wonderful spot at 2,187m is to take the Verticalp funicular and train from Le Chatelard up to the Emosson dam and then hike for around 90 minutes. You're rewarded with beautiful views of the Emosson lake and two truly awesome dams, and a night in the wilderness under the stars. Photo: Caroline Bishop
Kulmhotel Gornergrat
Accessed via the Gornergrat railway, this place allows you to get up high without the effort of hiking. At 3,100m, it's about as close to the Matterhorn as you can get without climbing it. With views of 29 peaks over 4,000m, an on-site planetarium to make the most of those dark skies, and the home comforts of a hotel, it offers the pleasure of a wilderness sleepover without the pain (apart from on your wallet).

Hotel Schynige Platte
Built in 1899 and only open in summer, this hotel in the Jungfrau area is accessed via the historic Schynige Platte railway. Enjoy a night in one of its traditional but comfortable rooms and have breakfast on the large sun terrace overlooking the area's famous Eiger, Jungfrau and Monch mountains. If you're feeling active, the hotel is the starting point for some glorious hikes in the region.
The Schynige Platte railway. Photo: Rob Lewis/Swiss Tourism
SHOW COMMENTS 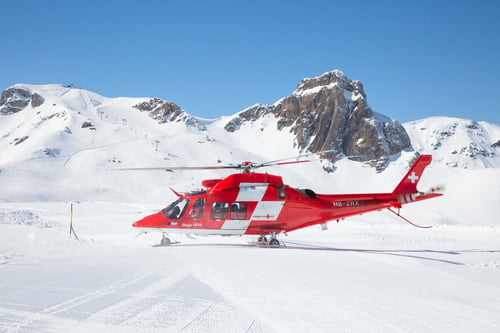 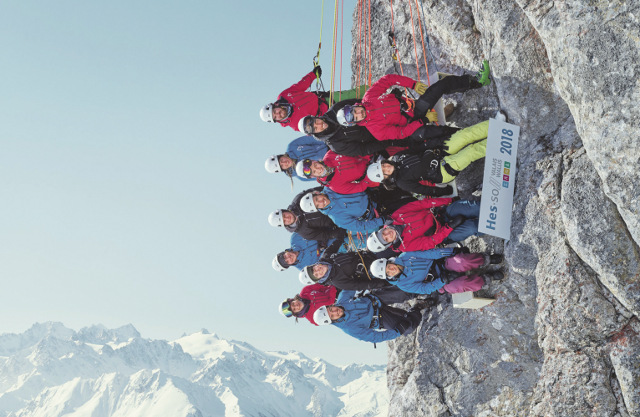