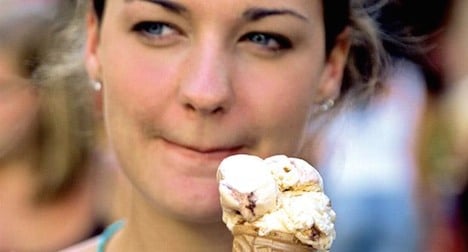 That’s below the 47.3 litres recorded in 2011 and well short of the record of 55.5 million litres consumed in 2003, when the population was smaller.

The association, which represents four companies manufacturing ice cream, involving 650 employees, has no explanation for why the market is slowly melting.

Over ten years, consumption in Switzerland has fallen ten percent.

Ice cream has been made industrially in Switzerland for almost 90 years, with the first products sold over the counter in Bern in 1925.

Producers export to many countries, topped by Russia, which imported 1.2 million litres last year, Glace Suisse said in its report.