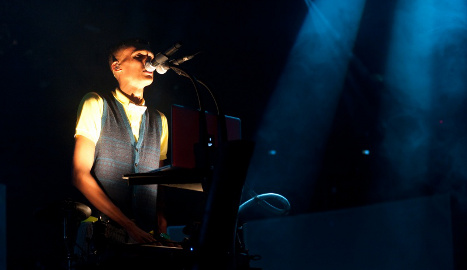 “Two hours to exit P3. Scandalous!” wrote one driver on the Facebook page of newspaper 20 Minutes.

Wait times at the site’s P4 car park grew to three hours, provoking one driver to comment “I’ve never seen that in 15 years.”

Another disgruntled driver, Christine Sauterel-Doutaz, wrote on Paléo’s Facebook page “Wednesday evening was brilliant until we tried to leave the car parks!!! 2h!! And an utter mess! Thank you to the volunteer who gave out water.”

Several parking areas were closed after festival organizers implemented a “rain plan” due to heavy rain earlier in the week.

As a result festivalgoers had been told to use public transport where possible rather than arrive by car.

On Wednesday the festival’s website advised drivers to park in Nyon and take advantage of shuttle buses to the site.

Despite the weather, large crowds were wowed by Stromae last night.

The 90-minute set of 29-year-old Paul Van Haver, aka Stromae, was judged a “sensation” by Swiss media.

Around 230,000 spectators are expected at the festival, which runs until Sunday.