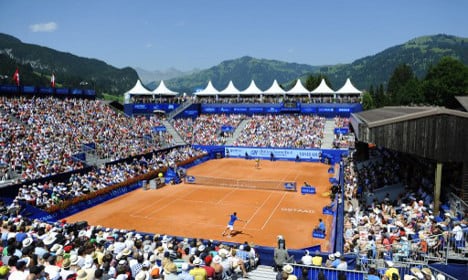 The Argentine, whose ranking has dropped to 105, won his sixth of eight meetings with Garcia-Lopez, whom he also beat in the second round in Gstaad a year ago.

The unseeded South American missed his first chance to serve out victory in the concluding set but came through into the last eight on his second opportunity two games later, going through on his second match point.

A year ago, Monaco held a match point in his quarter-final against eventual Gstaad champion and current top seed Mikhail Youzhny.

"I like Gstaad, last year I played a great match against the champion. We both deserved to win it. I was happy with conditions (at 1,010m altitude) and I'm back again.

"This year, I'm feeling great. I was a little nervous when I was serving for the match at 5-2. I missed that opportunity. But I just tried to get focused on the changeover, thinking of where I'm going to serve.

"I had to play relaxed, it's the only way to play a good game. The last game was difficult but I'm happy with how I played today.

"Every match for me is very important at this moment," said the player who has reached his third quarter-final of the season.