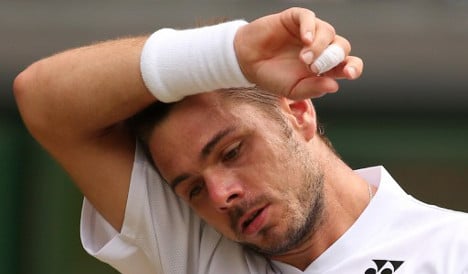 The Swiss tennis star was to have played at this week's Swiss Open in Gstaad.

But he reluctantly pleaded mental fatigue after his loss in the Wimbledon quarter-finals to former Gstaad headliner Roger Federer.

In addition, the Australian Open winner recovered from illness just prior to the Wimbledon start and due to weather scheduling had to play three days in succession during the second half.

But the rested, relaxed 29-year-old, who paid a day visit to sunny Gstaad on Friday, said that he is keen for a return to competition.

In addition to the back-to back Masters in Toronto and Cincinnati, Switzerland face Italy in a Davis Cup semi-final in Geneva in September with Federer and Wawrinka both committed.

"I need to be ready for the last few months of the season," said Wawrinka.

"It's a long series and it will be tough for sure. It will be another big challenge."

He added: "I'm trying to be fit and to do everything possible not to be injured.

"I've had some rest and that's important. I also did some work with my fitness trainer but not a lot on court just yet. I started tennis only a few days ago. I'll leave next week for Toronto."

After constructing the season of his life from January to July, the Swiss admits matching his previous performance will be difficult, if not impossible.

"It will be tough to do better than that for me, but we'll see. I'm taking it step-by-step in each tournament. I want to be ready event by event.

"If my level is there, I can have some good results."

In Wawrinka's Gstaad absence, holder Mikhail Youzhny has taken the top seeding, with the Russian hoping to win back-to-back titles for the first time.

In the quarter-finals, Argentine Juan Monaco reached the semis as he defeated two-time champion Thomaz Bellucci 7-6 (7/1), 6-1.