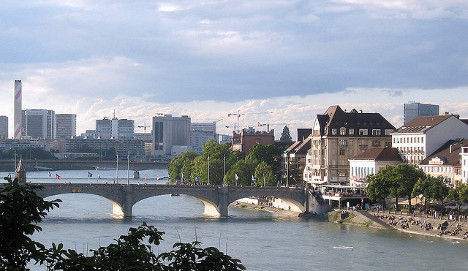 Ernst Bromeis, 46, passed through Basel and entered Germany on Thursday after starting his challenge at the source of the Rhine in the canton of Graübunden on July 7th, reports 20 Minutes.

Recent heavy rains forced him to briefly pause his journey through the city as the river was “more violent than usual,” he told the paper.

Four people are accompanying him on the mammoth swim in a support boat, including a cameraman who will capture the expedition on film.

The journey will end at the mouth of the river in the North Sea in the Netherlands after a total distance of 1,247 kilometres.

Bromeis is hoping for better luck than the last time he attempted the feat.

In May 2012 he was forced to abandon his swim for health reasons after a drop in water temperature.