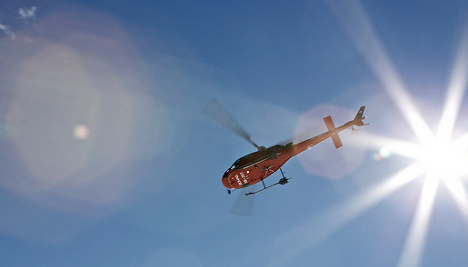 Air traffic controllers Skyguide confirmed the incident on Thursday after a report in newspaper Tages Anzeiger on Tuesday.

Controllers ordered an approaching Jumbolino aircraft belonging to Swiss International Airlines to abort its landing to avoid the helicopter.

It was not a dangerous incident, Skyguide spokesperson Vladi Barrosa told ATS.

The case is set to be examined by the Federal Civil Aviation Office (BAZL).

The helicopter pilot will be fined should pilot error be judged the cause of the incident.

According to TCS the air ambulance did not alert air traffic controllers of its presence in the restricted area due to meteorological conditions, reported ATS.