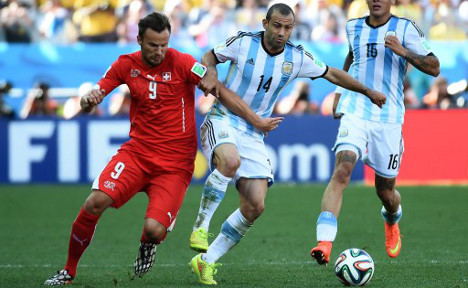 Seferovic, who scored the late winner as Switzerland beat Ecuador 2-1 at the World Cup in June, is the third attacking player to sign for Eintracht this summer following the arrivals of Paraguay's Nelson Valdez and Brazilian Lucas Piazon.

Seferovic, who is of Bosnian origin, had three years to run on his deal with the Spanish club.

Eintracht, who this summer appointed former Werder Bremen boss Thomas Schaaf as their new coach, will begin their undesliga campaign against Freiburg on August 23.