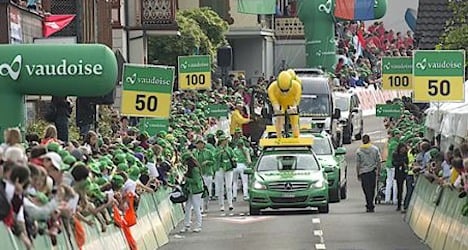 The company, controlled by a cooperative, discovered the fraud at the end of 2011 when the employee, a financial adviser for clients, was fired, company spokeswoman Nathalie Follonier-Kehrli told the ATS news agency.

But the sale of fraudulent financial products to individuals in the Sursee region of the canton of Lucerne took place over several years, ATS said.

The former employee sold clients products that did not exist, such as bonds issued by the Danish Crown, the news agency said.

He used stationery with the Vaudoise letterhead and made the clients believe they were investing in products issued by the insurance group.

Victims lost an average of 30,000 francs but some individuals lost as much as 200,000 francs, Follonier-Kehrli said.

Once the fraud came to light, Vaudoise Assurances opened a hotline and paid a lawyer to help those affected, ATS said.

The company encouraged them to file complaints with the authorities.

More than two and a half years after the fraud was revealed Vaudoise decided to pay back the investors for the money they lost, although this does not include the considerably high interest rates proposed by the former salesman, ATS said.

Despite the time that has elapsed, the former employee remains at liberty while a prosecutor from the canton of Lucerne continues to investigate the case, the news agency said.