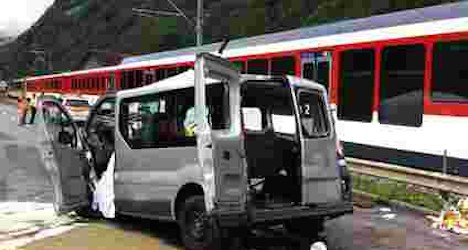 The accident occurred at 8.40am at a level crossing without a barrier in the municipality of Wolfenschiessen, police said in a news release.

Three people died and five people were seriously injured, all of them tourists from Israel, according to the release.

The four men and four women were riding in a grey Opel passenger van that was a write-off, police said.

"The recovery of the victims was very complicated," a police representative told 20 Minuten newspaper.

The van was transporting the tourists to Engleberg and travelled through the crossing just as the train came, the newspaper said.

The train, also heading for Engleberg, was operated by the Zentralbahn, a rail company that runs narrow-gauge trains on the Lucerne-Engelberg and Lucerne-Interlaken routes.

A spokesman from Zentralbahn said no-one was injured on the train, 20 Minuten reported.

The injured tourists were transported to hospital by helicopter and ambulance.

The road between Wolfenschiessen and Engelberg remained closed for several hours while rail service on the line was also disrupted.

The accident came less than three weeks after a train collided with a car at another level crossing in Wolfenschiessen on July 21st.

The driver of a Mercedes station wagon was lucky to escape injury although the front of the vehicle was severely damaged. 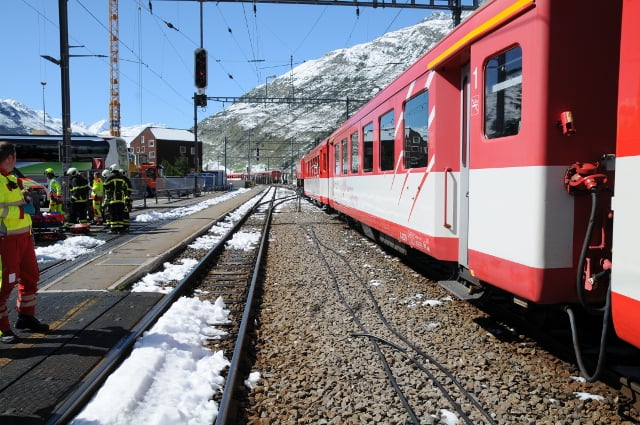 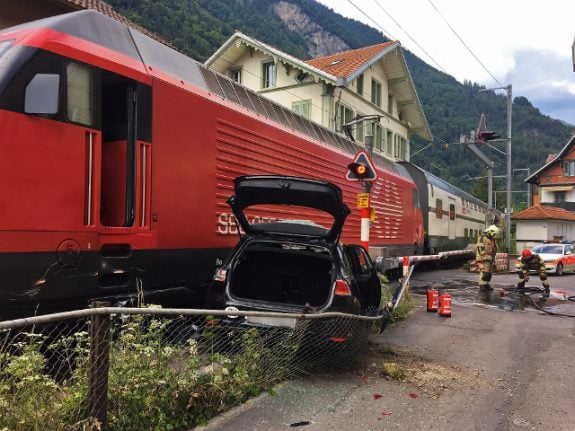