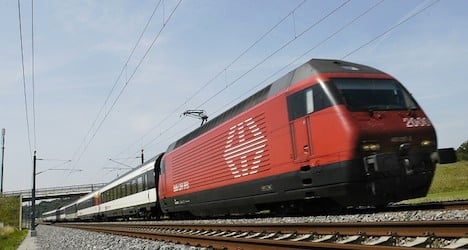 Swiss residents travelled an average of 2,307 kilometres by rail in 2013, 1.45 percent more than in the previous year, LITRA said on Tuesday citing statistics from the Paris-based International Union of Railways.

That was almost 400 kilometres more than in Japan (1,912 kilometres), the nearest rival to Switzerland, the information service said.

In terms of trips, the Japanese took more on a per capita basis — 69, versus 53 on average in Switzerland.

Sweden, Estonia, Romania, Lithuania and Greece ranked at the bottom in Europe, with an average of just three train rides per capita.

Check here to see the LITRA report (in German and French).