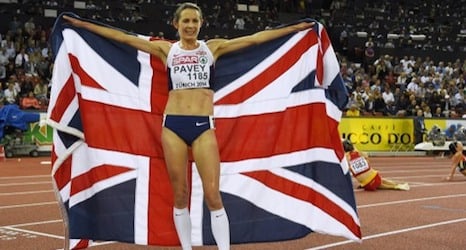 In doing so, Pavey, who lives in the English west country at Tiverton in Devon, eclipsed Irina Khaborova as the oldest ever female gold medallist.

Pavey, who gave birth to her second child in September last year, is 40 years and 325 days.

"I just gritted my teeth when we came to the bell and went for it," she said.

Pavey said she didn't feel that confident toward the end.

"I just can't believe I've come away with a gold at this age."

She added: "It's taken me a long time to learn the things that I needed to about running — just to relax. Being a busy mum has done me a lot of good."

Pavey produced a similarly gritty run to claim a 5,000-metre bronze medal at the Commonwealth Games in Glasgow on August 2nd and was bidding for her second medal for the 10,000 metres at the European Championships.

Two years ago she picked up silver in Helsinki, behind Dulce Felix of Portugal.

Felix was attempting to become the first two-time winner of the title, while the 25-strong field also included Sara Moriera, the Portuguese athlete who won the European indoor 3,000-metre title in Gothenburg last year.

The leading contenders were content to sit back in the pack as the race unfolded at near-pedestrian pace.

There were still 12 women in contention with three of the 25 laps remaining.

It was at that point that Calvin made the first move of note significance, opening a small gap, but Pavey closed it and then pounced with a lap to go.

The first gold of the championships was secured just before the women reached halfway.

It came in the final of the men's shot put, Germany's David Storl retaining the title he won in Helsinki two years ago.

The 24-year-old, winner of the last two World Championships, claims to eat five meals and 6,000 calories a day and his hunger was evident from the start.

He took the lead with his opening round effort, 21.41 metres, and that proved sufficient to win him the gold.

The chase for medals in the men's 100 metres promises to be a Franco-British fight.

All five first round heats were won by French or British sprinters.

Vicaut, however, suffered a recurrence of the hamstring problem that has troubled him lately and is unsure whether he will line up for the semi-finals.

In the first round of the women's 100 metres, the French sprinter Myriam Soumare clocked the fastest time, 11.03sec, ahead of Dutch favourite Dafne Schippers (11.10). 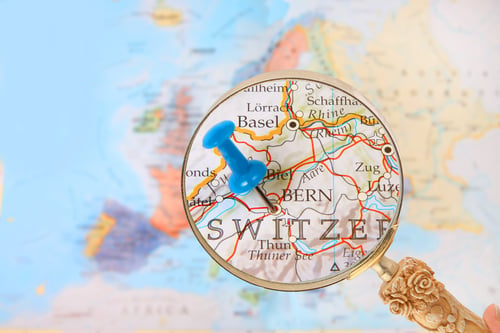 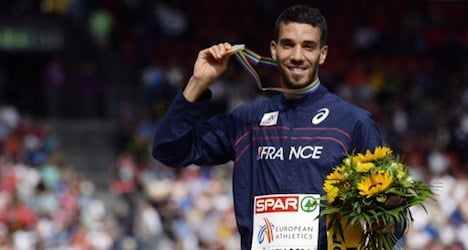