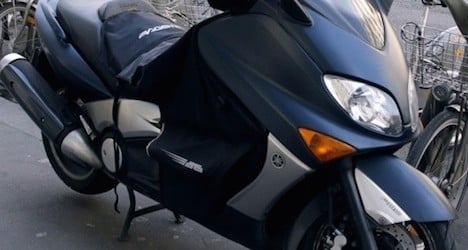 The repeat offender fled the scene of the July 2012 accident that sent the woman and child flying in the air in the centre of the Vaud capital, leaving them seriously injured.

It was the man’s third hit-and-run accident, 20 Minutes reported.

The child’s father who arrived at the crosswalk a minute after the collision testified that he believed that he had lost his family, the daily said.

“I was certain they were dead,” he said.

The girl was seriously injured in the head, the liver and the kidneys and spent six days medicated with morphine in hospital, 20 Minutes reported.

Although her health is no longer in danger, her mother told the court she suffers from nightmares and does not want to travel in any vehicle with wheels, the newspaper said.

The convicted man was driving without a permit, insurance or a vehicle licence.

He earlier lost his driving permit and had a record for repeated reckless driving and accidents while driving without licence plates or insurance.

In one of the cases in June 2012, in the Joux Valley in the canton of Vaux, he escaped from a police check and led officers on a chase at up to 150 kilometres an hour before crashing into two concrete pillars and fleeing on foot.

The convicted man, who already spent three months in preventive custody, apologized to the family during his testimony, 20 Minutes reported.

But the court sentenced him to a total of three years in jail, two years of which was suspended.

The accident occurred before the Swiss federal government brought in tougher sentences for such reckless driving as part of its Via secura road safety programme.